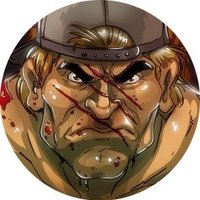 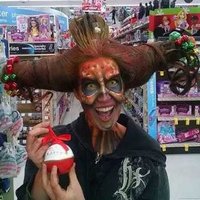 Influencer marketing is a form of social media marketing. It has revolutionized the face of digital marketing and uses influencers to endorse their brand or a specific product of their brand.

Influencers are categorized into various segments based on their niche and their reach in terms of followers. They usually have extensive knowledge about their niche and their content is generally related to it. Brands leverage the following and reputation influencers have built on their social media platforms to push their brand's message to a larger audience.

As mentioned earlier, influencers post content related to their passion and their expertise. They post regularly about their preferred topics in a creative and catchy manner.

Nobody likes to work all the time and everyone is in the habit of playing games in their free time and playing online games has become a common thing, and in addition to that has become a hobby. It has become a profession for many people to share their gaming techniques and about their gaming lifestyles with people who are showing interest in these types of stuff and want to know more about gaming via live streaming, getting reviews about different gaming companies, and these gaming influencers on social media are getting paid for these activities.

Gaming Influencers are converting their passion into profession by just sitting at home and helping gaming companies to grow, so now no one will stop gamers from playing games as these gamer’s instagram account are becoming so popular that it has become an easy process of converting their interest towards fun games into an opportunity to become a popular gaming influencer and collaborating with companies to earn while play.

Gamer’s instagram account can make them earn with their popularity and niche by getting millions of views each day. Investing in gaming influencers platform can be considered as a great idea because of many reasons like targeting a specific audience on a specific platform which would not be easy to do while opting traditional marketing strategies, influencers can help gaming brands in making improvement if required by giving them genuine feedbacks and some recommendations which can play as an important role for brand to make certain changes, genuine engagement is one of the major reason why brands look for gaming influencers, as any gaming influencers instagram account or top gamers on youtube are having many people connect with them and this following is because of some reason and they gain loyal audience because people are interested in watching their content and brands bringing in their content via advertising or some campaigns can leads to create more awareness among target audience.

Games are not just played by male gamers, females also contribute significantly and considering the scenario of present time females can do everything that males do and through research it has been proved that there are many female gamers who are becoming top gaming influencers. So, gaming companies can take this advantage of reaching them and use their skills, knowledge and talent to boost their company’s growth. Many female gamers are streaming their gameplay full time and are attracting large audiences. Some of them are Julia Kreuzer, Bonnie Ross, Hannah Rutherford, Tanya DePass and many more female gaming influencers who are changing audiences’ view points and are growing at a faster rate with millions of followers.

Viral Pitch describes itself as the best matchmaker in town. The Viral Pitch platform is a one-stop-shop for all your influencer needs. Through this platform, brands can easily get in contact with top gaming influencers and select the influencers who would fit their campaigns the most.

Viral Pitch is the best platform for brands to play their way towards the best influencer marketing campaigns.